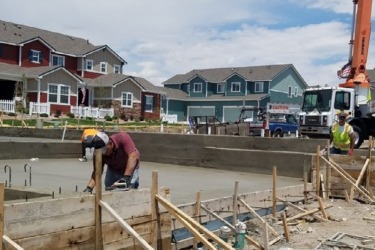 By late 2017, construction industry leaders predicted that the Colorado Front Range economy would continue to boom throughout 2018. So it has. As predicted, the influx of large tech companies — Google, Amazon, Facebook, Apple and others — devoured a good chunk of available commercial and residential inventory. The Denver/Boulder communities saw most of the tech development. Yet continued migration to the Front Range for a diversity of industry opportunities put pressure for more new construction outside the city cores. Market experts also predicted that the boom would start losing steam in late 2019. Tapping the Colorado Legislative Council’s 2018 Economic & Revenue Forecast — which offers one of the best sources of statistics and projections for the Colorado economy — let’s see what you can look forward to in the coming year.

According to the Legislative Report, urban infill potential has passed its prime with available building lots nearly gone. The burgeoning construction in the urban centers along the Front Range has peaked. However, with high demand for affordable homes, the report expects continued suburban growth for at least the next two years. For Northern Colorado, the push to Weld and Larimer Counties will likely keep homebuilders and commercial contractors busy throughout 2019. South of the Denver area, expansion — particularly in the healthcare and cybersecurity sectors — should remain healthy in the Colorado Springs to Monument corridor for most of the coming year. The forecast for Pueblo is tough to predict. If steel tariffs put enough squeeze on imports, the steel mill there could stoke up production, putting more of the unemployed workforce in Pueblo County back in play. However, with plenty of residential inventory already yearning for buyers, the demand for new construction may never materialize.

2019 may mark the end of the furious population growth along the Colorado Front Range. As home prices spiral away from middle and lower middle class buyers, large companies are already scouting other, more affordable, areas of the country when choosing new places to call home. Economic expansion and commercial construction demand may reach equity in late 2019. Considering that several more states legalized marijuana in the mid-term elections, Colorado can expect fewer people rushing to the state for that particular industry. Even so, the demand for affordable housing will continue at present levels as homebuilders try to catch up. With rents beginning to stabilize, it appears the call for new multifamily housing should slack off in 2019. Buyer cravings for affordable single-family homes, on the other hand, may not find sufficient fulfillment for at least two more years.

Were it not for the shortage of skilled labor, the call for new construction may have tapered off by now. But an overwhelming number of companies surveyed for the report data still need to fill positions, both in the field and the office. Young workers are hard to attract and hold, while the experienced Baby Boomer employees begin to age out. The lack of skilled human capital likely will continue to suppress construction starts for the immediate future, keeping buyers waiting. With no foreseeable relief in the labor shortage, companies can’t move as quickly as they have in earlier years.

According to the deep research by the Legislative Council, construction growth in Colorado will proceed through the next two years, but at a slower pace. For the first time in several years, economic balance can be seen on the horizon. Northern Colorado will enjoy most of the hot action as the oil and gas industry remains strong. While the State of Colorado plans several infrastructure projects, growth in the non-residential construction arena should begin to wane. However, homebuilders can expect probably two more years of uninterrupted work, especially north of Denver, before the cry for affordable housing begins to mellow out.

Barton Supply can help you keep your construction work moving along smoothly. To find out how we can serve you, give us a call today!