HOW STEEL TARIFFS CONTRIBUTE TO HIGH CONSTRUCTION COSTS ON 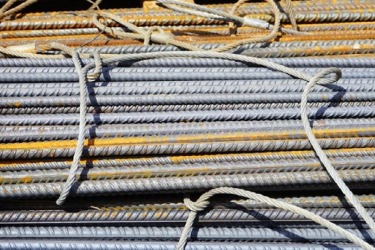 Many of our customers are asking us, “Why is steel costing so much?” It’s a fair question with no simple answer. Markets, producers, users and politicians all contribute to the presently rising costs of construction steel. Let’s talk about the major contributing factors of increased steel prices taking place on Colorado’s Front Range.

Looking at price charts, it becomes clear that China sells steel cheap. U.S. producers, on the other hand, sell steel at exorbitantly inflated prices compared to the rest of the world. Two forces work to paint this picture: overproduction and trade restrictions.

According to an excellent article in The Hill, about twenty years ago, the Chinese government commenced a plan to expand steel output to develop their country quickly. The effort succeeded quite well. Now, 49 percent of the world’s steel production happens in China. However, China also continues to consume most of its output domestically. That which remains after internal demand has been satisfied goes into the world market. To the rest of the steel-manufacturing world, this feels like dumping, but, in reality, China does not, foolishly, sell its steel at a loss. In fact, China has begun to cut production while other countries increase theirs. Believe it or not, China is only the 10th largest supplier of steel imports to the U.S.

After the rapid American economic expansion of the 20th century, and the subsequent increase in steel production within other nations, the national demand for steel began to recede. At the same time, modernization and automation enabled new factories, at home and abroad, to produce more efficiently. Foreign steel became very price-competitive. The behemoth U.S. steel industry balked and successfully lobbied the federal government to apply import restrictions and “countervailing duties” — tariffs and import taxes — on foreign steel long before China even entered the arena. In so doing, domestic producers had no need to lower their prices to compete, so prices could remain artificially high.

But markets always find equilibrium. Downstream users of steel products had to find cheaper imports from any source necessary, or they couldn’t compete in the global marketplace with their own steel goods.

Relatively sudden demand tends to elevate prices until producers can catch up. In the construction industry — with its time lag between design planning and actual construction — sudden price surges can throw a huge monkey wrench into the market. While domestic steel suppliers have increased output, demand continues to outpace them.

In March, 2018, The Global Steel Trade Monitor​, a report published by the Department of Commerce, indicated that, “U.S. crude steel production increased … [by]… 3.8 percent from 2016’s total of 78.6 million metric tons. Since 2009, apparent consumption (a measure of steel demand) has increasingly outpaced production. Between 2009 and 2017, crude steel production grew by 37 percent, while apparent consumption increased by 63 percent.” Annual steel production growth across all countries slumped into the negatives between 2015 and 2016, but is on the rise again, up 5.3 percent in 2017.

It’s a proven economic truth that when demand outstrips supply, prices must rise. Second to that is the fact that higher prices on existing supply equal greater profits which result in the advent of more competition and, thus, more supply. A third economic fact is that all costs associated with a product must be accounted for in its sale price. Eventually, supply and demand will balance, but someone always suffers in the process.

TOP 4 COUNTRIES THAT IMPORT STEEL TO THE U.S.

While the United States is the fourth largest global steel producer, we still import more than any other country, according to the same Department of Commerce report. Canada, Brazil, South Korea and Mexico supply the most imports and with lower rates than domestic steel.

On March 8th of this year, President Trump, citing national security, implemented new 25 percent tariffs on imported steel while temporarily exempting  Canada, Mexico, Brazil, South Korea, EU countries, Australia and Argentina. Understanding that the exemptions would last only until June 1st, the favored countries no doubt began to increase their prices to counteract tariffs that would, and did, go into effect this month.

When the prices of imported goods increase, interest naturally turns again towards domestic products, hence the political point of industry-protecting tariffs. Is this truly good for the country? Only time will tell. In the meantime, steel prices will remain at levels painful to the construction industry along Colorado’s Front Range.