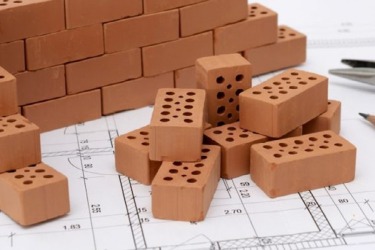 Structural design is all about calculating loads. The engineering firm Nishkian offers a succinct description: “Loads are commonly understood as forces that cause stresses, deformations, or accelerations. These loads are applied to a structure or its components that cause stress or displacement.” From the general concept of “load” comes two major categories: dead loads and live loads. How do they differ?

In short, the dead load of a structure comprises its completed weight, usually measured in pounds per square foot, before it goes into service. The floors, walls, roof, columns, stairs, permanent equipment and any fixed decor constitute a static load that normally doesn’t change over the life of the building. To quote Nishkian again: “[D]ead loads account for the non-dynamic forces that place continuous and permanent force on a structure.”

Therefore, calculations for the dead load before a building takes on the additional loads from occupancy or use, the weight of its components and the pressures applied in a downward direction to the ground must include the concrete for the foundation system, planned building materials plus any service equipment such as elevators, HVAC units and ductwork, plumbing, fixed manufacturing equipment, etc.

Live loads refer to the dynamic forces from occupancy and intended use. They represent the transient forces that can be moved through the building or act on any particular structural element. Also measured in psf, these loads include the anticipated weight of people, furniture, appliances, automobiles, moveable equipment and the like.

The American Society of Civil Engineers (ASCE) require that minimum live loads in the design should always exceed the maximum anticipated live loads over the course of the building’s life span in case loads are, in fact, surpassed. ASCE guidelines prescribe live loads according to categories of intended occupancy and use per building type.

Because live loads depend on structural strength, knowledge of the exact planned use of the building is critical. The might of the dead load, or lack thereof, often defines how much live load it can handle. Reinforced concrete creates the heaviest dead loads but also supports the most weight with its tremendous compressive strength. Structural steel offers much less of a dead load and provides superior support for live loads in multi-story buildings. Natural and engineered wood rest relatively lightly on the foundation but support less live loads than steel and concrete.

The total dead plus live loads equal the “gravity load” of the structure. But yet more loads act upon buildings, as well.

Before an edifice can pass code requirements, the structural design must also include other dynamic loads acting on it laterally. These environmental loads can come from snow, wind, soil movement and seismic activity. Naturally, Colorado Front Range codes are light on seismic controls but certainly factor in extreme snow, wind and soil conditions.

When designing single-family and multi-family housing, commercial, retail, office, parking, agricultural or industrial buildings, the designer faces the challenge of meeting and exceeding codes without over building. While safety should always prevail, building excess structural strength (dead load) needlessly adds to the final project cost. Thus, the choice to support and frame with wood, steel, concrete, or combinations, becomes a critical element in the design. Live loads that will apply considerable pressure and/or activity within the structure, such as you would expect from a parking garage, may require concrete. However, those that carry less weight or interior movement, like that of two-story office buildings, may suffice with steel or wood. Before you can gain approval for the build, you must have accounted for all loads in your design.

Fortunately, you need not start from scratch trying to determine building material weights, average occupancy loads and common environmental forces when you begin a structural design. The accumulated wealth of engineering and architectural knowledge comes together in easily-accessed computer programs such as those used by Barton Supply. Be sure to consult us on your project. We can assist you with estimating, shop drawings and project management!